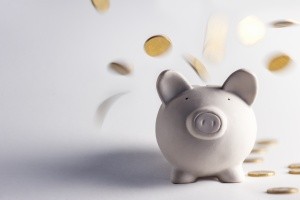 The May 2015 Federal Budge contained a number of announcements involving the taxation of small business. A small business has an individual or aggregated turnover less than $2M. Listed below is a summary of the main changes.

The dividend franking rate will remain at 30%. In some cases, there may be fewer franking credits to pass on to shareholders based on the franking account balance.

A 5% discount will be provided to individuals who receive business income from unincorporated entities such as sole traders, trusts and partnerships.

The discount will be paid in the form of a tax offset capped at $1000 per person each year.

It is proposed that, as from July 2015, start up business will be able to claim establishment costs (e.g. professional, legal and accounting advice) as an immeidate tax deduction.

Eligible assets aqured and ready for use between 12 May 2015 and 30 June 2017 can be claimed as an immediate tax deduction.

As from 1 April 2016, small business employers will be able to provide employees with more than one portable electronic device (e.g. laptop, tablet) without attracting any FBT liability.

From 1 July 2015, taxpayers will only have 2 methods available to claim work related car expenses – logbook and cents per kilometer method.

The Australian Tax Office has indicated it will not rule favourably on a well-known wealth cration strategy in which investors lend moeny to their self-managed fund at zero or low interst rates, The Australian Financial Review reports.

The strategy is designed to circument the limit on post-tax superannuation contributions — currently $25,000 but rising to $30,000 in July by increasing the amount of money taxed at the lower rates which apply to superannuation.

Advisers todl the newspaper that the ATO suggested at a meeting last week that is did not approve of the strategy and would not deliver favourable rulings to taxpayes looking to use it.

The AFR reports that in the last month the ATO has received applications for more than 20 private rulings on the strategy, with many more expected, according to specialised lawyer Suzanne Mackenzie of DMAW Lawyers.

“Trustess of super funds are wasting their time and thte $2000 to $3000 it could cost them in expert advicer fees for a private ruling they hope will aloow them to implement the strategy,” she said.

With $18 billion in work-related expenses being claimed each year, the ATO says it will continue to pay close attention to these claims to make sure they are correct.

The ATO focuses on occupations with a pattern of large or rising claims, as well as claims which do not fit the pattern for a particular occupation.
Whats new this year?
The year the ATO is writing to around 218,000 people employed in the following occupations:
1. building construction project managers and supervisors
2. building construction labourers; and
3. sales and marketing mangers

An example of mistakes that the ATO sees involved a sales manager who claimed for mobile phone calls based on the time spent at work, rather than the work-related use of the mobile phone.

Travel to work claims
Many building construction labourers drive a vehicle to work each day.

If they can prove they have had to carry bulky equipment then this travel becomes a deductible expense, as long as:

1. they can verify that their employer requires them to carry such equipment as part of their job; and
2. there is no alternative storage solution at the workplace. If the employer does provide secure storage, then the deduction cannot be claimed.

The government co-contribution initiative is designed to help people who
earn under $46,920* a year save more money for a sweeter retirement.

If you’re eligible, and make a personal after-tax contribution into your
REST super account by 28 June 2013, the government could match each
dollar with fifty cents up to $500*

How are the fuel tax credit rates changing?

From 1 July 2013, fuel tax credit rates are changing. You may be affected by:

In addition, rates for some fuels are changing for entities declared by the Clean Energy Regulator to be a designated opt-in person under the opt-in scheme.

You will continue to claim your fuel tax credits on your business activity statement.

Liquid fuels are petrol, diesel and other combustible fossil fuels such as kerosene, mineral turpentine, white spirit, toluene, heating oil, recycled oil and some solvents. Fuel ethanol and biodiesel are not included as they have no effective fuel tax and are not fossil fuels.